IDTT CONTRIBUTE TO SOCIAL SECURITY IN LONG AN PROVINCE

In the morning of October 4, 2020, IDTT attended the scholarship and gift giving ceremony for children with extremely difficult circumstances in Chau Thanh district, Long An province, organized by the People's Committee of Long An province.

Accordingly, 10 students with difficult circumstances were given bicycles worth 2 million VND / bike and 20 notebooks, 8 children with disabilities and 1 poor child with serious illness received 2 million VND and 1 gift. The rest of the poor students who did well were awarded a scholarship of 1 million VND each with 20 notebooks, all funded by IDTT.

At the ceremony, Mr. Tran Van Can - Chairman of Long An Provincial People's Committee acknowledged IDTT's contribution to social security work in Long An province. On behalf of the Provincial People's Committee, Mr. Tran Van Can awarded certificates of merit to collectives and individuals of Thu Thua Urban and Industrial Park Development Joint Stock Company. IDICO-CONAC (IDTT) has made many contributions to social security of Long An province. 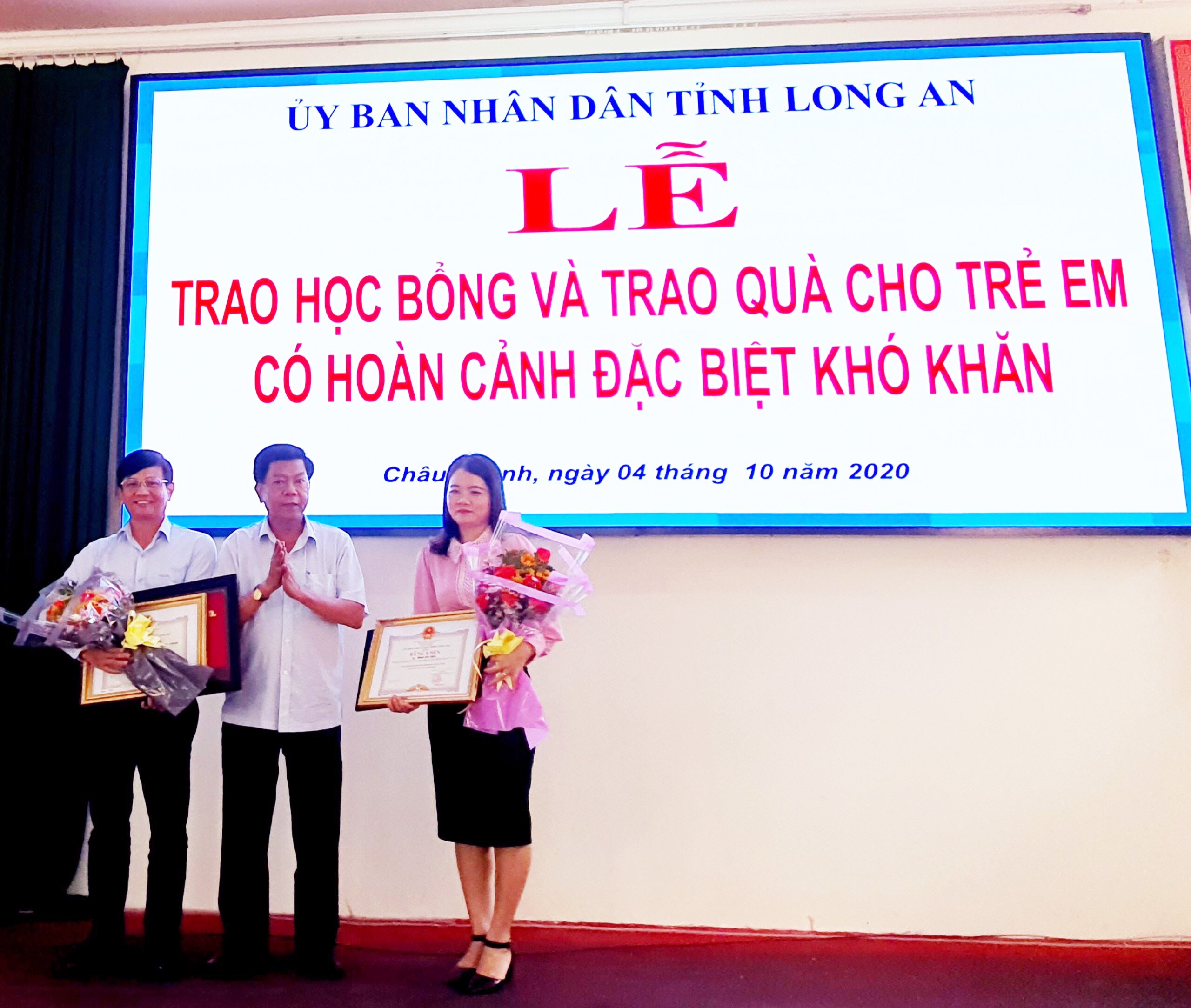