In the morning of June 19th 2019, the groundbreaking ceremony for upgrading and expanding provincial road 818 from national highway 1A to Thu Thua town, Thu Thua district, by Thu Thua IDICO-CONAC Urban and Industrial Zone Development Joint Stock Company (IDTT) cooperates with the People's Committee of Long An province. 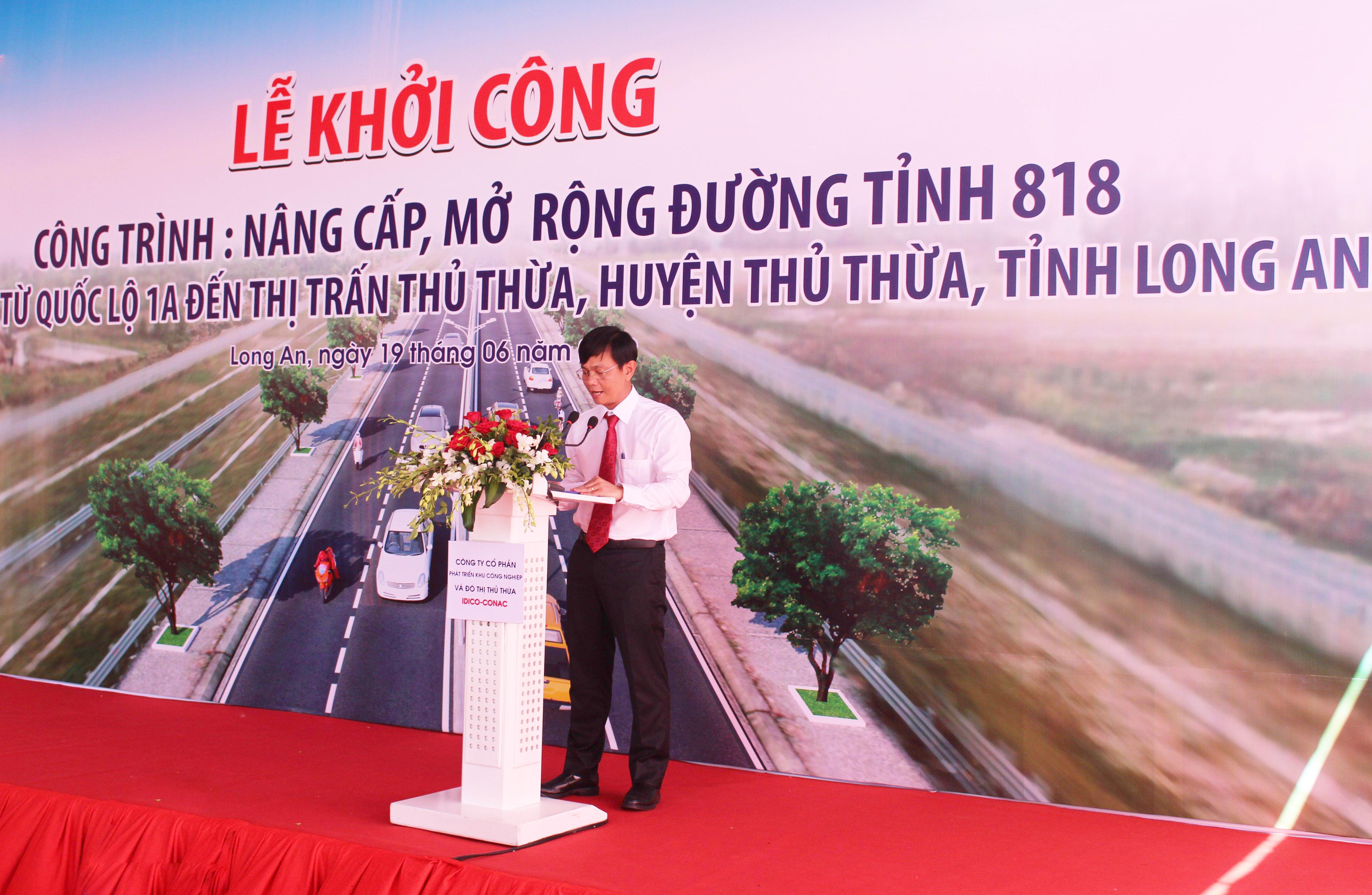 Speaking at the groundbreaking ceremony, Mr. Doan Dac Hieu - IDTT General Director has shared: “Over the years, Thu Thua district has attracted urban and industrial park projects, increasing urbanization and socio-economic development. Thus, leading to the overload of DT.818 road section through Thu Thua town. As the investor of the industrial park project and Thu Thua Garden House, and honored that the Provincial Party Committee, Long An Provincial People's Committee assigned to be the investor for the project of upgrading and expanding provincial road DT.818 from national highway 1A to Thu Thua town; IDTT is proud to contribute a small role to the completion of the transportation system according to the provincial planning, create conditions for the development of traffic network in Long An province. ” 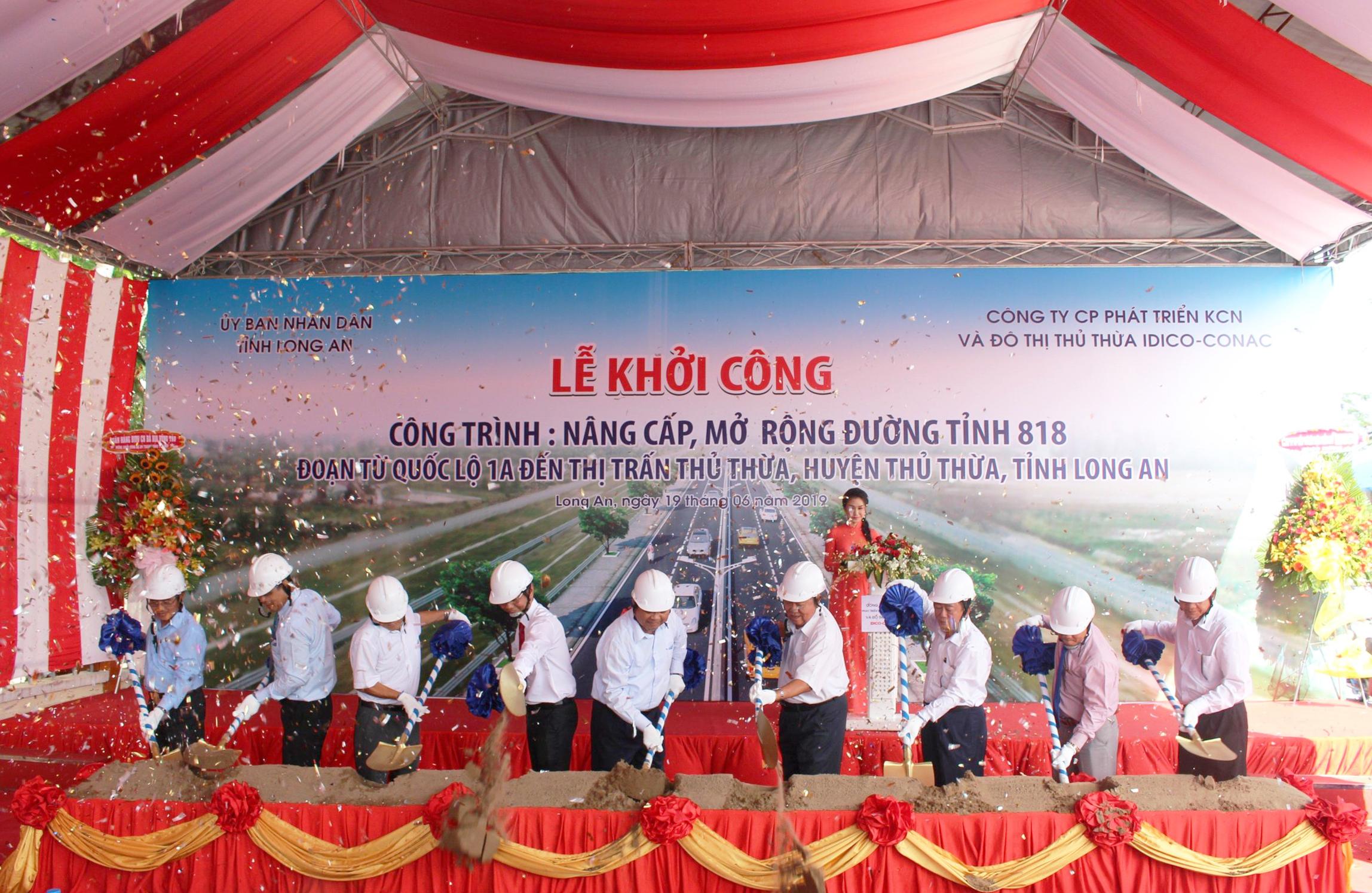 IDTT General Director affirms, “With the responsibility to implement commitments with the Party Committee, the Government and people in the area of Thu Thua district; With the tradition, experience, and existing capacity, IDTT will try the best and determine to complete the project on schedule, quality assurance and labor safety, environmental sanitation assurance.”

The construction of upgrading and expanding provincial road 818 has a total investment of about VND 106 billion. The scale of the project is as follows:

+ Starting point: Km0 + 000 (intersecting with National Highway 1A at the Binh Anh junction).

The project is expected to be completed after 12 months of construction.